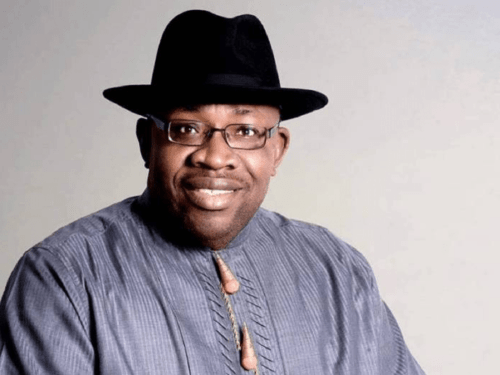 The Media Advisor to the former Governor, Mr Fidelis Soriwei, also quoted the foremost Ijaw National Leader as having called on Ijaw leaders across the country to support the ex-Governor for the vacant Senatorial slot in the collective interest of the Ijaw nation and the Niger Delta.

Pa Clark said that Bayelsa and indeed the Ijaw nation was seriously in need of men of demonstrable character, courage, capacity and knowledge like Dickson to run for Senate. He said that the former Governor possesses vast experience in leadership, the political network, and the requisite knowledge to effectively tackle the critical issues of interest to the Ijaw nation such as Resource Control, True Federalism, Restructuring, Power Devolution among others.

The Elder Statesman said that Dickson should be backed for the Senatorial slot as his antecedents have rightly portrayed him as a man of immense courage, integrity and honour who has never for once succumbed to intimidation of whatever form.

Pa Clark stressed that Dickson was well equipped and prepared to defend the interest of the Ijaw nation, the Niger Delta, the South-South and to collaborate with his counterparts in other parts of the country to make Nigeria a better nation.

He said that the ex-Governor left behind a record of sterling performance as a member of the House of Representatives and as Governor of Bayelsa State for eight years.

Pa Clark recalled that the former Governor declared an emergency in the education sector, established two universities, a polytechnic, several free boarding secondary schools, the Bayelsa International Airport, Roads and bridges, and several facilities in the health, agriculture, and other sectors.

“The Ijaw nation today, more than ever before, needs people with strong character, to run for the Senate, to tackle the lingering issues, and the interest of the Ijaw nation, the Niger Delta; such as Restructuring, True Federalism, Resource Control, and other pertinent matters in the defense of the Ijaw interest, the South-South and indeed the country.

“I make bold to declare that His Excellency, Hon. Henry Seriake Dickson, the immediate past Governor of Bayelsa State, has displayed the quintessential Ijaw virtues of honour, courage and integrity, and has never succumbed to intimidation. I believe that he would advance our cause and join other compatriots to work for a better and greater Nigeria.

“He is well versed on issues of Restructuring, True Federalism, Devolution of Power and Resource Control. He has the right language to deploy, the charisma, the right commitment and determination to achieving these objectives.

“As a former member of the House of Representatives, he has hands-on experience on legislative procedures and workings, the leadership acumen to weather through murky waters of parliamentary democracy and gymnastics. Governor Dickson has been a leading voice in the call for restructuring of this country. He makes no pretention about it.

“As the fourth largest ethnic nationality in Nigeria, we stand to gain more by working together than by singing discordant tunes. We must, therefore, settle for the best to represent our interest at the national level.” He said