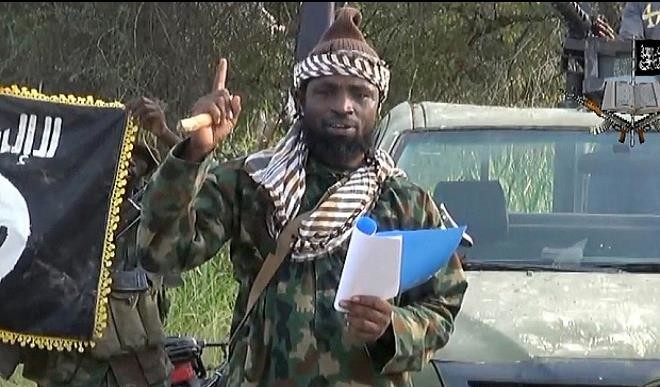 Four humanitarian workers and a security guard, abducted by Boko Haram terrorists earlier this month, have appealled to the federal government as well as their respective organisations to intervene for their release.

This was contained in a two minutes and 37 seconds video clip released by the terrorist group on Sunday.

The video showed the humanitarian workers from Action Against Hunger, Rich International, International Rescue Committee and a staff of the State Emergency Management Agency urging the government to do something about their release.

In the video exclusively received by Daily Trust, all abductors were shown sitting on local mats begging the authorities.

“My name is Abdulrahman Babagana. “I am the camp Manager of SEMA in Monguno. “I left Monguno on our way to Maiduguri but they captured me on that day and we came to their base.

“Now I am in their hands.

“I am begging the government to rescue me from this plight. “It was June 1st we encounter them and as I am speaking, it is June 21st.

AStaff of Rich International, Abdulrahman Dungus, said: “On my way going back to Monguno, we were caught by this army called the Khalifa on the 8th June.

“I am appealing to my organisation to do whatever they can to get me out of here,” he begged.

A private security guard, on his part, said: “My name is Joseph Prince. “I am a staff of Alje Security Organization.

“On my way from Maiduguri to Monguno for an official assignment on the 1st June 2020 as at 11:37am, we encountered Khalifa soldiers and they captured us and of course took us to where we are now.

“I am still in their custody.

“I am requesting that my organisation should please rescue me.

Thank you.” Ishaiku Yakubu, a staff of Action Against Hunger, an NGO in Borno State, said: “On the 8th of June 2020, on our way going back to Maiduguri from Monguno, we were caught by this army called the Khalifa.

“They brought us here and actually we don’t know where we are.

“I want to beg my organisation; Action Against Hunger, to do something about me to see how I can be released, ” he pleaded.

Another captive, Luka Filubus of International Rescue Committee, based in Monguno Local Government Are, said: “On 8th of June, I left Monguno for Maiduguri and had an encounter with Khalifa soldiers.

“They captured me and brought me to their base.

“So, I am appealing to IRC to come and rescue me from Khalifa soldiers.”