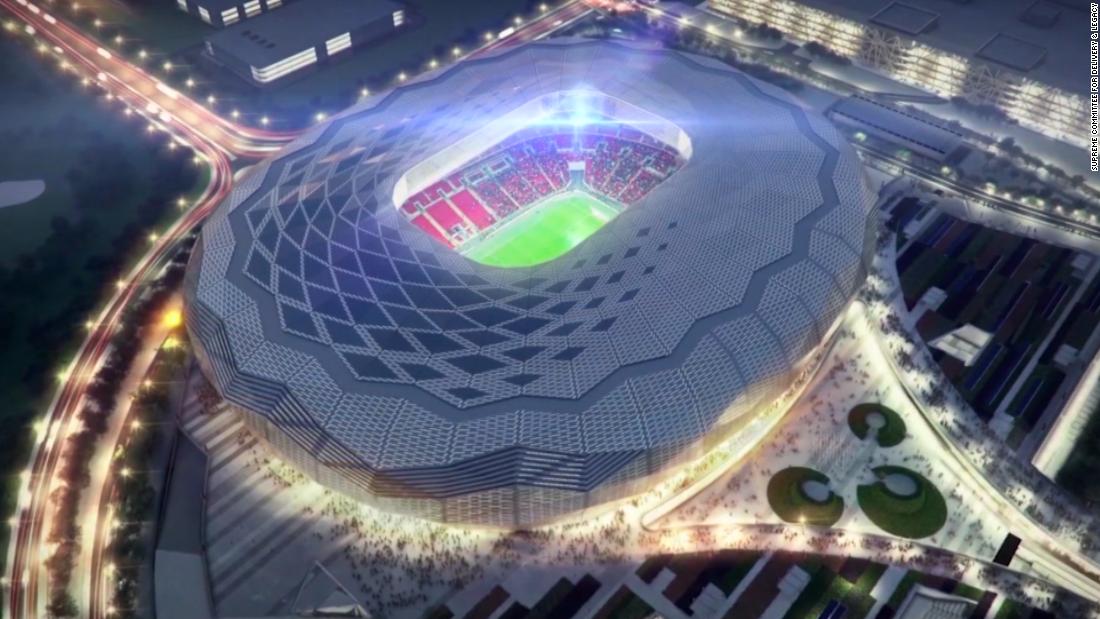 (CNN)Qatar’s third venue for the 2022 World Cup — the Education City Stadium — has been completed.

Dubbed the “Diamond in the Desert,” the 40,000-seat ground is one of eight stadiums to be used in the competition.

The stadium features a triangular-design with complex, diamond-like patterns and, as the sun moves across the sky, the façade will appear to change color.

“What makes this very unique, which is also an important part of our legacy is its location in the heart of Education City,” said Nasser Al Khater, the chief executive of Qatar’s 2022 World Cup organizing committee.

“Education City has a lot of leading institutions, leading universities, schools and this will be a stadium that they can use as recreational and sporting facilities after the World Cup.”

The stadium is the first from Qatar 2022 to receive five stars from the Global Sustainability Assessment System.

“All our other stadiums have four stars, so, this makes it unique,” said Al Khater, who is proud that much of the material used to build the stadium has been imported regionally, while 25% of the materials are recycled.

Organizers expect two more stadiums to open by the end of 2020: the Al Rayyan Stadium and the Al Bayt Stadium.

The award of the World Cup to Qatar in 2010 has drawn much controversy.

Critics have also alleged human rights violations against workers in the Gulf state.

At: Qatar World Cup coverage has been unfair, says 2022 chief

But organizers stand firm that the country is being misrepresented internationally

“Was Qatar treated unfairly? Yes, in my opinion, very much so,” Al Khater told CNN Sport in late 2019. “I believe that Qatar has been judged by the court of perception very early on.”